We had a pleasant enough sail to Lindeman Island, and then some amusement trying to find an anchorage that would protect us from the SE wind and the persistent SW swell. Lucas’ cruising guide was a bit vague, with some clear inaccuracies on his chart, but we decided to try his recommended anchorage of Boat Point anyway.

Once there, we took the dinghy to shore and found a delightful little beach, very muddy but full of life – hermit crabs and snails underfoot, cockatoos and lorikeets above, scattered with attractive mangroves. 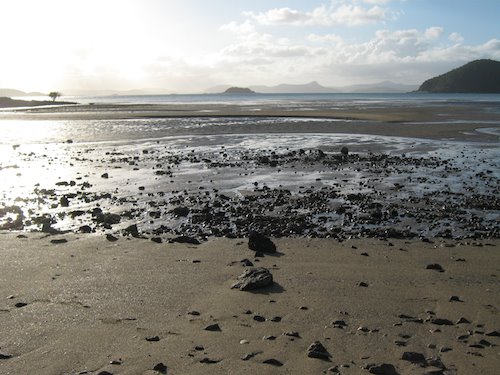 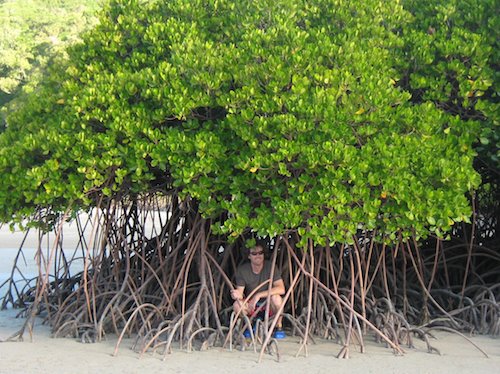 SOME OF THE WILDLIFE IS A LITTLE STRANGE

A National Parks trail clearly led around the island, and although we didn’t have time right then – the tide was coming in and the dinghy was quite far out on the mud flats – we thought that it would be great to come back here later in the week. 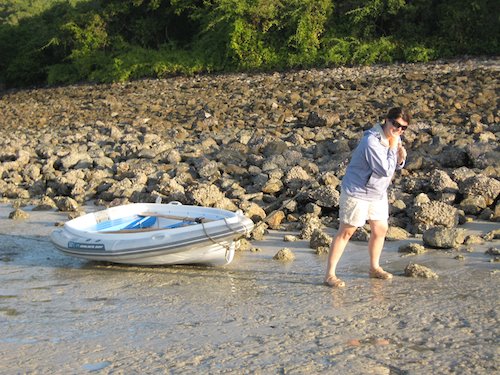 FETCH THE DINGHY, WOMAN, AND BE QUICK ABOUT IT 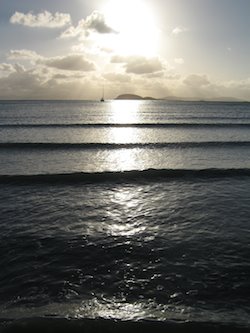 The anchor set well and the land gave us protection from the wind, but the SW swell continued to roll in and throw us around. It wasn’t very pleasant. We took to sleeping crosswise across the cabin, which was much more comfortable but not ideal as there is only just enough width.

Early next morning we motored round to the other side of the island to try to get out of the swell. We found a suitable bay to eat breakfast – toasted bagels and cream cheese, fresh avocados – but the sea was still disturbed even though not overtly swelly. Some of this was likely attributable to the 20+ knot winds.