Adjusting to life on land is weird. Our apartment backs on to the Swan River, and on the first day we ambled down to have a look at it. Standing on the shore, I had a strange feeling of disconnection. It took me a little while to understand that where I had previously regarded water as a highway and the land as a barrier, now the roles were reversed. I can’t just hop into our dinghy and cross to the other side; I have to find a bridge or a ferry. The water is no longer my home. 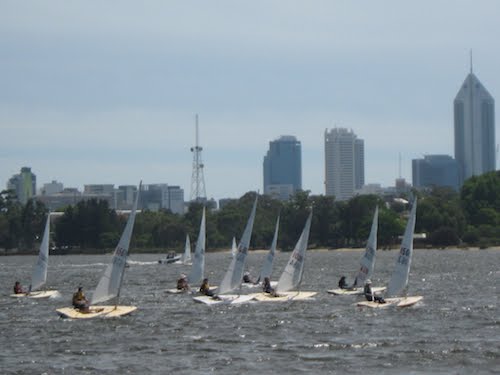 LASERS ON THE SWAN RIVER

It was not all negative. It was nice to have electricity on demand, without continually having to consider the state of the batteries and generators. It was very nice to have unlimited fresh water, although neither of us could bring ourselves to ever waste any of it.

Australians have a strange relationship with fresh water. Whereas Bronwyn and I both come from countries where water is plentiful and yet we were brought up to respect it as a scarce resource, Australia is largely desert and yet the locals are so profligate that the water tables are irreparably sinking and the few major rivers are in the process of drying up. There is no concept of recycling; all used water goes straight into the sea. We had already had an argument with our tenants in Sydney, when we found that their water usage in the little one-bedroom flat was 12,000 litres a month, compared to our 6,500 a month when we had lived there, and of course our 600 litres a month on the boat. They did have the grace to offer to pay the bill.

It was also nice to be able to sleep the whole night through without springing out of my bunk to check the set of the anchor, investigate an unusual noise, or take over a night watch. We had particularly suffered on long passages when our watches spiralled into ever-shorter increments because it wasn’t really possible to get a proper rest while the boat was under way.

Even though we are now on land and none of these problems apply, we have once again found that cruising has changed us. We remain attuned to the cycles of the sun, springing fresh-eyed from bed every morning at dawn (even Bronwyn, who before we went sailing would cheerfully sleep until lunchtime). At the other end of the day, only a few hours after dusk will find us yawning and making our way to bed.

We know that we miss the cruising lifestyle, but it is hard to put our finger on exactly why. Some of my happiest moments have been dozing on deck under an infinity of stars, as Pindimara blazes a phosphorescent wake across a boundless sea. Some of my angriest and most frustrated moments have been while dog tired and fighting gusty squalls as angry swells tower above the cockpit. Some of Bronwyn’s worst times were the long uncomfortable passages that seemed to extend forever as the wind and current conspired against us, and some of her best were the explosion of taste in a perfect salad lunch eaten on a sparkling blue sea under a tropical sky.

In short, much of the actual mechanics of sailing wasn’t a great deal of fun, but the opportunity to go where the wind blows and to visit faraway islands, to swim ashore and explore or just to sit on a flawless beach, to snorkel amongst the fearless fish of the reef, to stay as long as you want with nobody to tell you otherwise, all these things made it a way of life worth pursuing.

And when the passage is over and the anchor is safely down, then there are the fascinating people. Old and young, waiters and doctors, paupers and millionaires, all have chosen to live out on the edge, at the interface between the land and the sea. None of them are interested in picking a fight, stealing your wallet, or spray-painting graffiti on your home. All are content to accept you as you are without prejudice or judgement, to be entertained by your story and to swap it for another tall tale in return.

We will go cruising again. Obviously we need to replenish the coffers, and we are already quite deep into discussions about what “the next boat” will look like. In the meantime we have a few other projects on the go, some of which will take several years to complete, and which require some of the capital that is currently tied up in our yacht. Regretfully, then, we have decided to sell Pindimara where she is, at the marina in Darwin.

That brings this little portion of the blog to a close. Thankyou, gentle readers, for following us this far. For those of you who want to follow the next stage of our plans, keep an eye on The Virtual Reinhard.

In the meantime… anybody want to buy a yacht? 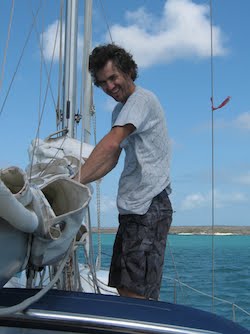 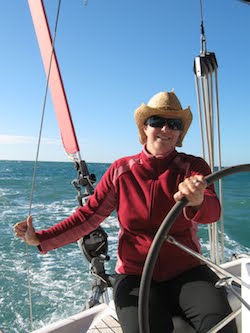