It was a long drive up to Siglufjördur, Iceland’s northernmost town, but the snow-covered volcanic scenery was beautiful. For several hundred kilometres we had the company of a couple of French hitch-hikers, who were heading to Akureyri to work for their lodgings on a sheep farm. The weather was fine when we picked them up, but the roads became icy as the temperature dropped to zero and I was glad of the studded tyres. We dropped the hikers off as close as we good, but I don’t envy them farm work in this weather.

On the road to Siglufjördur

We were booked in to a little house near to the docks, with clear views of the sky above the fjord. The overnight aurora forecast was good, with high activity and clear skies, but in the end there was no display. The morning, however, brought gale-force winds and freezing rain. We cooked a quick breakfast and then slithered down the road to the Herring Museum. Everything was dark, and more to gain shelter from the sleet than in any real hope, Bronwyn pushed at the door and it opened. Inside we found a hand-bell, which summoned a cheerful man who explained as he unlocked the rest of the museum that they didn’t keep opening hours in winter, they just opened up if anybody showed up.

The museum is a masterpiece, and has already won several awards. It spans three buildings that document the sixty-five years of Iceland’s ‘Herring Adventure’. In the early 1900s, Iceland was the poorest country in Europe. One day, Norwegian fishing trawlers arrived, chasing the herring shoals. Finding good catches, they bought property along the Icelandic coast and began processing their catches there. The locals soon caught on, and sleepy Siglufjördur became a thriving industrial centre, the ‘Atlantic Klondyke’, attracting workers and investors from far and wide. Fortunes were made as the Icelanders took over all of the fishing fleets and built processing plants up and down the coast. The herring industry soon represented at least 25% of the country’s GDP, and post-war Europe became heavily dependent on Icelandic herring meal as animal fodder. 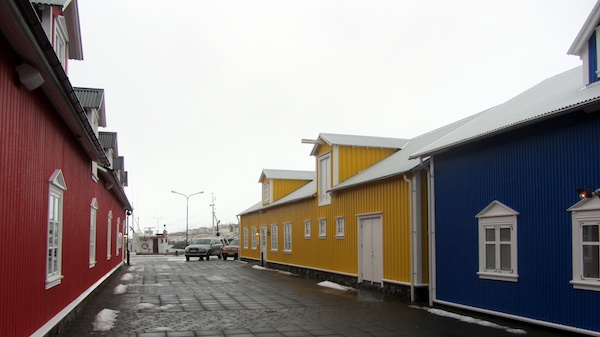 Then in the early 1960s, the herring catch began to decrease. Scientists warned of an impending crash, but ‘herring fever’ was in full swing and everybody started building bigger and better trawlers and faster and more mechanised processing plants. This kept supply in line with demand until 1969, when the herring failed to show up. The boom was over, and the herring towns just melted away.

Nevertheless, the entire episode is credited with turning Iceland into a modern industrial nation. Those who had made money in the Herring Adventure employed the newly mobile and motivated work-force and moved into cod and other industries, and the nation prospered. In the early 21st century, the herring even came back.

The Herring Museum consists of three restored warehouse-style buildings. One showcases the offices of a typical herring company, and the accommodation given to the itinerant workers who showed up each year for the herring sorting season. It also houses a couple of very interesting films of the herring catch coming in, one dating back to the early 1930s and the other which was produced for the 1939 New York Expo, which gives you an idea of just how important it was. 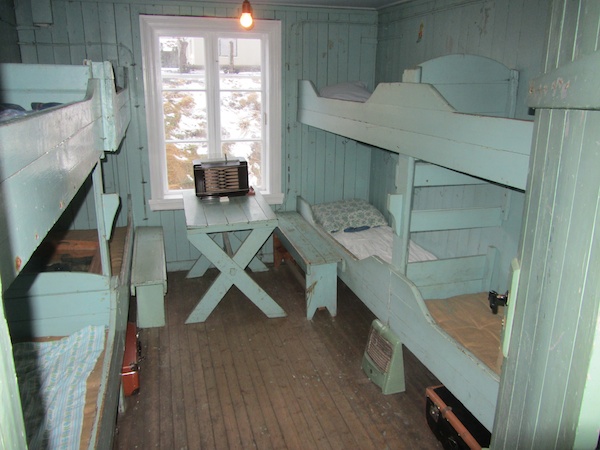 Bunks for the herring girls

The second building contains a complete herring processing plant. Any herring that weren’t good enough to be stored whole in barrels, were fed into a factory, where the oil was boiled out and bottled, and the remainder crushed into animal feed. 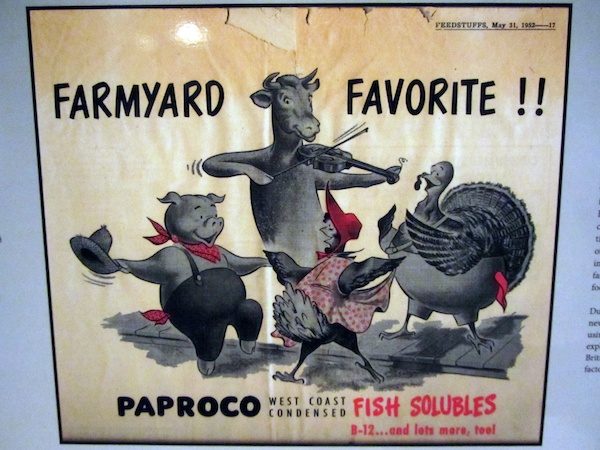 The third building is the real jewel in the crown. It contains the most incredible collection of, well, stuff. It’s all contemporary with the Herring Adventure, and includes a fleet of genuine fishing vessels of all sizes, moored up against a simulated dock as if they it’s the middle of the night and they’re waiting for their crews. The superb thing is that it is not organised like a museum, it’s intended to be a complete reconstruction of daily life. You can go anywhere, climb everything, open all the doors, pick things up and look at them. Inside cupboards you’ll find boxes and tins of food, if you lift a bilge hatch you can climb down into the hold and find all the tools and parts that you would expect if you were aboard a 1960s fishing vessel. Scattered around the dock are little workshops and nets being mended, chandleries packed with all sorts of exciting goods. It’s hard to describe what a wonderful treasure trove it is; we had it all to ourselves and spent the entire morning exploring. 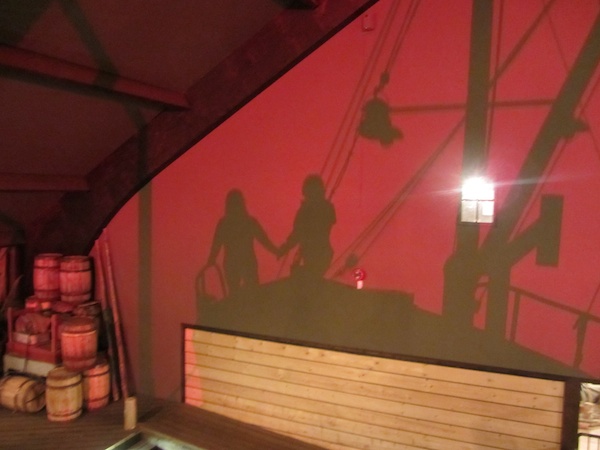 Arty picture of our shadows in the fog lamps at Siglufjördur 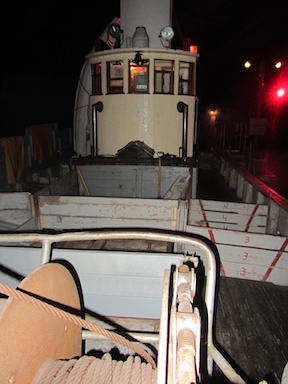 On deck among the fish holds 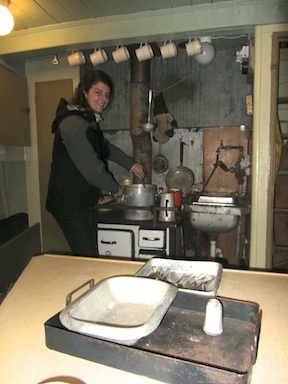 Bronwyn mans the galley below decks

The only thing that finally dragged us back to the car was the building gale outside. Somehow the wind sleeting over the roofs of the warehouses was chilling the buildings far below the nominal 2 degrees on the thermometer, and our extremities were starting to freeze as we poked about in one more ‘just let me look in here…’ 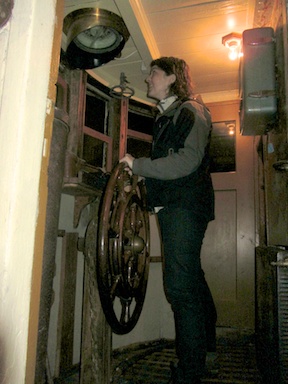 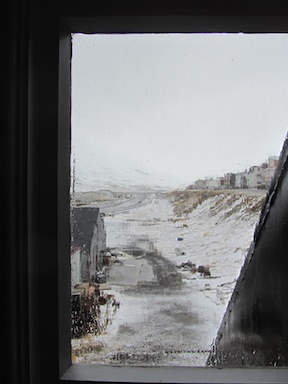 Our car’s parked out there somewhere

Somewhat reluctantly we got into the car, and headed out into the blizzard toward Akureyri, which will be our home for the next few days while we explore Lake Myvatn. After a couple of indifferent drinks in our hotel bar, we headed across the street to the incomparable Rub 23 restaurant, where I had minke sashimi followed by five different fish fillets, each flavoured with a different ‘rub’, and Bronwyn had three kinds of fish sashimi (including a beautiful fresh cod) followed by a wonderful slab of ‘sous vide’ beef. To mark the occasion, we splashed out on a bottle of my favourite Meursault wine. A perfect end to a perfect day.