Although there seems to be little obvious crime in Montevideo, it is noticeable that many ground-floor windows are protected by wrought iron grilles. We had always assumed that this was a throwback to the bad old days, but when our rental agent asked for a cage over the glass hallway to the rooftop garden, we were happy to oblige because although it is our own private terrazza, it is at least theoretically accessible from neighbouring rooftops. 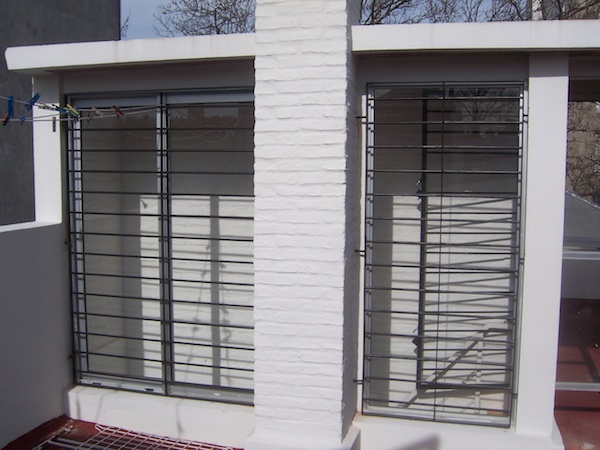 We were a little surprised when, a couple of years later, a tenant asked for a grille to be put over the lounge window. Bear in mind that this window is indoors, looking out over the building’s main marble stairway. The panes are tall and slender, an attractive feature of the stairwell, and the first thing that a visitor to any of the apartments sees when they enter from the street.

The tenant sent us a photo of the sort of thing he was expecting, even worse than our rooftop bars, like the security on a basement window, a thickly barred affair reminiscent of a Dickensian workhouse.

The subsequent conversation got quite heated. It was his contention that it was his right to demand that the landlord turn his home into a fortress on request, and that he intended to withhold rent until it was done. I was equally adamant that I had chosen the apartment for its Italian colonial styling and the last thing that I was going to do was turn it into a prison, particularly since he had presumably chosen to rent it for exactly the same reason.

If we had been on site or in the same time zone, the situation may well have been resolved amicably, but the increasingly acerbic conversation was filtered by email through the weak translation skills of our increasingly ineffectual agent, who in the end gave up and just forwarded our emails back and forth in whatever language they happened to be written.

Getting rid of a tenant in Uruguay is practically impossible. Officially they must pay their rent or get evicted, but in reality this is more of a promise that one day, the rent might be paid, eventually, if things go the tenant’s way, and until then it seems that they can just sit and argue and make small token payments until the situation is resolved to their satisfaction. Even in the normal run of things, when there were no arguments and everybody was happy, it was perfectly normal for our tenants to be months behind in their rent, which the agent regarded as nothing to be concerned about.

Something had to give, and it seemed that both the tenant and the agent thought that we were being unreasonable in quibbling about paying for pointless structural alterations to our property. Thankfully we had already had experience with the iron-workers who had built the rooftop cage, who had done quite a large job at reasonable cost. We sent them a series of photos of nice ironwork that we’d found on the internet, and asked if they could make something more in keeping with the style of our property.

Luckily they were able to oblige, and if we have to have a grille at the front of our apartment, then at least this one is pleasant to the eye. 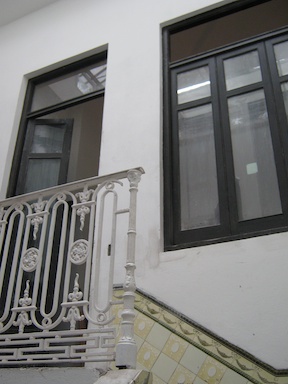 During building works in 2009 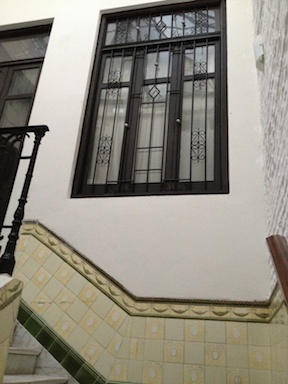