For a number of years now, we have been renting out our apartment in Montevideo. Once the building was complete and we realised that we were going to have to go and earn a crust somewhere else for a few years, we had a choice of either short-term letting to tourists (for US dollars), or long-term letting to locals (for Uruguayan pesos). Having very little wish to earn dollars, and with a vague feeling that we should be giving something back to the community, we engaged a local rental agent to find us a local tenant.

Uruguayan tenancy law is interesting. Before moving in, the tenant needs to provide an initial deposit to cover six months of rent. Since most people don’t have this kind of cash, they typically achieve this by using the title deeds of their parents’ house as collateral. On the flip side, the contract is unbreakable and the landlord is obliged by law to extend any year’s tenancy for a second year on request, and almost certainly for a third year, provided that the rent has been paid.

One of our early discoveries was that the concept of ‘being up to date with rent’ is marvellously flexible. It’s perfectly normal for the tenant to be months behind, or to make a part payment because they happen to be short of cash. We had one tenant who continued to pay back-rent long after he moved out.

Another aspect of tenancy is that you really do rent just the walls. A tenant will typically bring all their own furniture, white goods, light fittings, and even (and especially) their own hot-water boiler. The tenant can thus choose whether they want to use gas or electricity to heat their water.

Here are some agency pictures of our apartment, taken during an inspection. 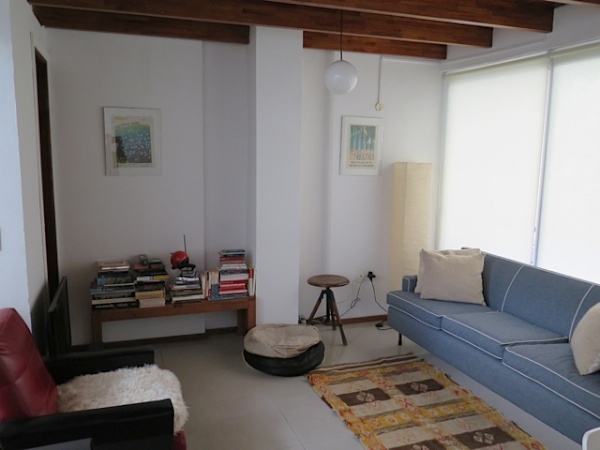 The rear lounge, adjoining the kitchen 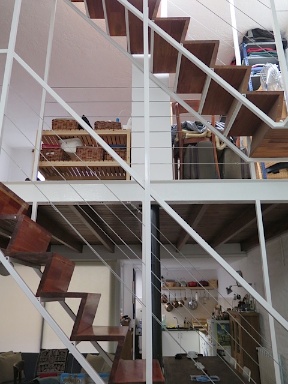 Stair, kitchen and mezzanine from the front lounge 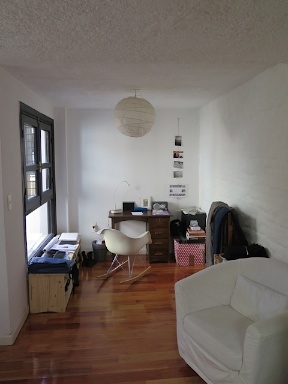 Restful nook on the mezzanine 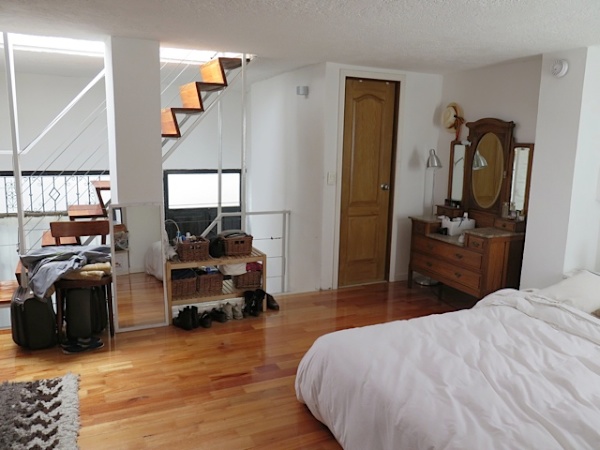 Bedroom area on the mezzanine, looking toward the lounge, with stairs up to the rooftop terrazza

In general, we have had a positive experience of long-term renting to local people. However, our relationship with our latest tenant, and with our agent, has become rather disgruntled of late. Out of the blue, the agent reported that the tenant was upset because the gas company wouldn’t turn on the gas supply due to a fault. This came as something of a surprise to us, because although we do have a gas supply, neither he nor any of the previous tenants had shown any interest in using gas, so it had never been connected and we’d never known that there was a problem.

It took a little while to organise a repair because the fault was located inside a neighbour’s apartment, and we had to knock down part of their wall to fix it. In the meantime, our tenant started withholding rent to compensate his loss, even though he hadn’t been using the gas supply at all throughout his tenancy. He then started angling for a decrease in rent. Instead of fighting in our corner, our agent began backing off from the whole affair and wouldn’t deal with either the tenant or us. 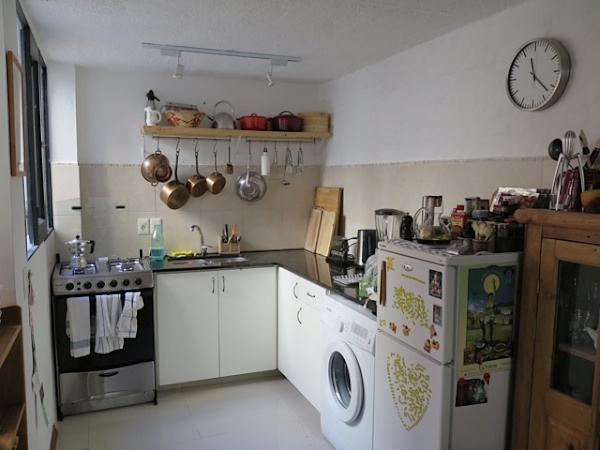 Note the new gas cooker in the corner, which appears to be working.

To cut a long story short, we got fed up with the whole thing, but we were far from the action and the agent was not providing us with any support. Then suddenly the tenant announced that he wanted to break the contract from his side. Officially he should have bought his way out of the contract, but we jumped at the chance and told him we’d call it quits if he cleared out, while simultaneously informing our spineless agent that we didn’t require his services any longer, and we were going to leave the apartment empty.

The upside is that finally, after five years, we now have the opportunity to use the property ourselves. Even though we have visited Montevideo on several occasions, we haven’t been able to spend even a single night in our own apartment, and we’re really looking forward to it. But first, there’s the little matter of redecorating and refurnishing…