On a random motorcycle camping perambulation around the Australian state of Victoria, we noticed the town of St Arnaud on the map. Years before, we used to drink a very nice wheat beer called St Cloud from the St Arnou Brewery, so on a whim and on the barest similarity of names we decided to make that our next stop. 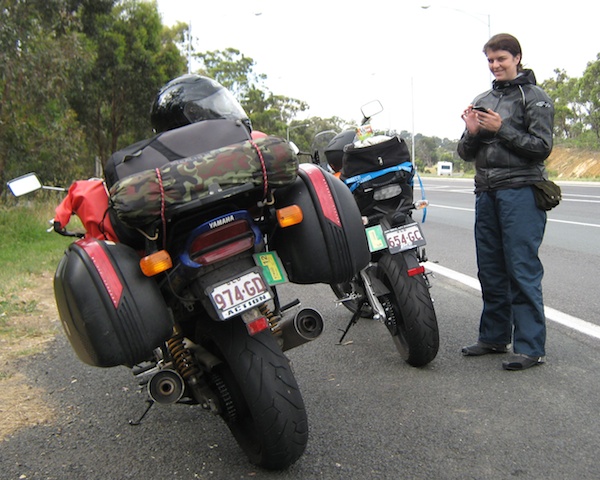 A rest-stop in the Victorian Grampians

On arrival, the town showed great promise, with sturdy gold-rush era buildings lining a prosperous-looking high street, including three large hotels. Wonder of wonders, there was even a camp site in the centre of town nestled up against the race track.

The camp site managers didn’t know of any brewery, which didn’t greatly surprise us as there was no real reason to think that St Arnaud was any relation to St Arnou, but they vaguely suggested that we might try the sports club up the hill. Sports clubs are not renowned for their real ale, so after quickly pitching camp we ignored their advice and headed for the town centre.

The town was strangely quiet, in fact we seemed to be the only living things apart from the locusts. Maybe everybody was already at the pub? We headed for the nearest one, which proved to be not only closed, but apparently closed down. Still, with the impressive Commonwealth Hotel only a few metres away, competition was presumably fierce. Arriving at the door of the Commonwealth, we found a sign saying ‘premises for lease’. We back-tracked to the third pub, but this too was closed and boarded up from the inside. We looked up and down the empty street. Where was everybody? 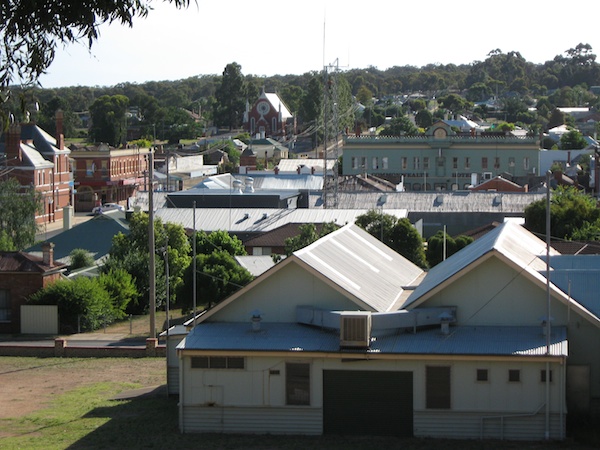 We ambled back to the camp site, and recalled the sports bar ‘up the hill’. The indicated trail took us to a harness-racing track, nicely maintained with a central cricket oval, but devoid of life apart from a couple of kids in the distance playing in the nets. On the other side of the track was a building that looked very much like a bar, but it was still as a grave. Nevertheless, we thought that we could see the edge of a parked car sticking out from behind it, so we began to make our way around the race course. The air was full of locusts, and snakes slithered into the undergrowth from the rotting advertising panels underfoot.

We made it round unscathed, and were heartened to find an open door with a registration book for out-of-state visitors, a sight familiar in any of the innumerable gambling-funded drinking clubs across the continent. Signing ourselves in, we made our way past the usual sad array of motionless relicts that are always to be found slumped in front of the slot machines, and found the bar. It was, predictably, empty, and did not serve any ale. There was however a barman and a wine list, so we ordered a bottle and sat by the window. We felt that the sun had already well and truly set on St Arnou, but we sat and watched it go down once again.

Since we were the only customers, we got a fair bit of attention from the barman. Can I get you some food? Some more wine? Some more water? A toasted sandwich? However, he didn’t know anything about a town brewery.

When, suitably sozzled, we finally left to stroll back to the camp site, the barman rather bizarrely warned us not to cross the oval or we’d get “attacked by kangaroos”, and could he call us a taxi? When we reminded him that we were naturalised Australians and that killer kangaroos were quite low on our worry list, he meekly led us to the steps down to the oval and bade us good night.

(For the record, the real St Arnou is 1000 km away in the Hunter Valley)