After five years of long-term tenants, we finally got to stay in our now unfurnished apartment in Uruguay for the first time. We arrived equipped with decorating tools and building supplies, because we intend to redecorate and move in our own furniture and offer the apartment for fully-furnished short-term lets when we’re not here, giving us the opportunity to use it ourselves once a year or so. The furniture is currently snarled up in red tape at Customs, so it is lucky that we also brought camping gear.

We were pretty glad that we came prepared to do some work. Although we easily fell in love with our apartment all over again, the previous tenant had left under a bit of a cloud, and it soon emerged that our previous letting agent has utterly failed to do any proper maintenance over the preceding years. The paint is peeling from the windows, there’s no cold water supply upstairs (including to the toilet) and no hot water supply downstairs. The chimney has obviously never been swept, the shower trays are leaking, and the very expensive US$1500 painters engaged by our agent had simply splattered white paint everywhere, including over the woodwork, radiators and electrics. 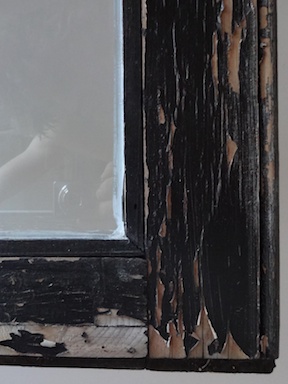 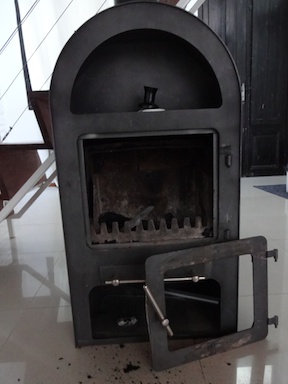 The stove is warped, partially dismantled, and sooty 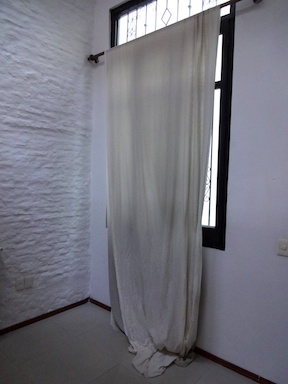 The last tenant left us his curtains. Thanks, mate. 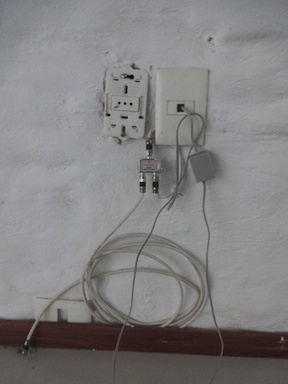 In theory I suppose we could go back and argue with our previous agent, but we’d much rather just draw a line under the experience, roll our sleeves up, and get on with a renovation.

Some information has been lost during the shuffle between tenants. For instance, we were a bit puzzled about why we had been left with both a gas boiler and an electric boiler, apparently simultaneously making hot water in the same system. We brought in a gas engineer who established that the gas boiler was all that we needed, so we disconnected the electric one. A friendly plumber soon discovered that our tenant had randomly turned off and disconnected some of the pipework, which was another easy fix, and while he was there he replaced our leaky toilet cisterns.

While a couple of the light fittings have been upgraded by tenants, most of them are still the temporary single-bulb mountings put in by the original builders, so after five years it’s really time to sort that out. Shopping for lights is no hardship here. Montevideo glories in lighting shops; there are hundreds of them in our area alone, often side-by-side. It is a mystery to us how they all co-exist, but it certainly provides for a lot of choice.

Let’s paint the mezzanine. You can also see some of the original “temporary” light fittings. 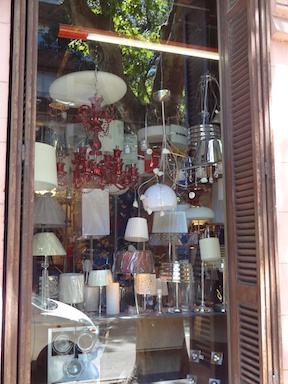 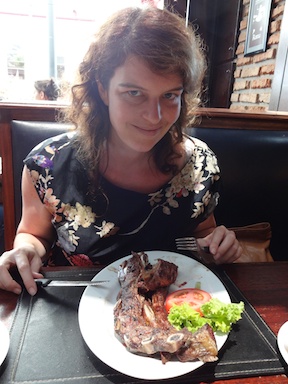 There’s always time for a snack while shopping

One of our tenants had fitted some kitchen units, which were fine in themselves but had been arranged in a curious way so that it is impossible to fit standard-sized appliances. We talked through a few options, and then simply ripped the whole thing out. 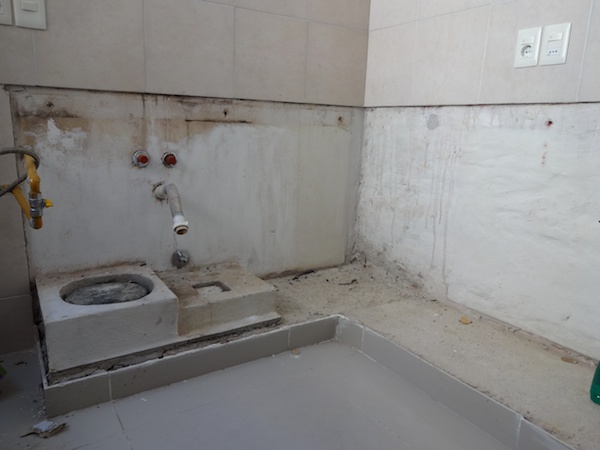 There goes the kitchen. It’s restaurants from now until Christmas.

In the new year, kitchen fitters will install something a bit more impressive to our own design. One bonus of removing the old kitchen is that we ended up with two rather expensive pieces of granite, complete with double sinks and plumbing, which we are planning to install on the rooftop terraza. 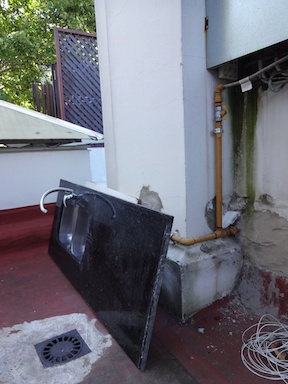 These sinks will go nicely on the roof 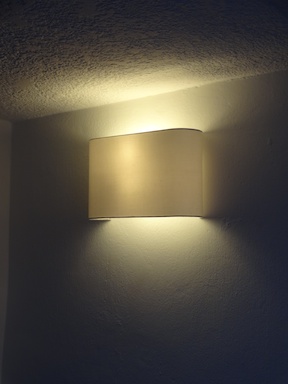 Summer is in full swing, the temperature is climbing into the thirties, so we ordered an air-conditioner. A couple of lively lads came to install it, which was a lot of work that took all day, but it works wonderfully and will be a good selling point when we rent.

We had the air-conditioning fan installed in the light-well of the building. The trouble with looking out over a shared light-well is that your lounge and bedroom look directly into your neighbours’. Many locals get around this by installing wooden panels over their windows, or keeping the curtains permanently closed (as in the photo below left), but we had thought of a sexier solution and had (not without some difficulty) imported some rolls of plastic film from England, which we used to make our windows translucent. It worked out rather well, giving us privacy while letting through the sunlight. 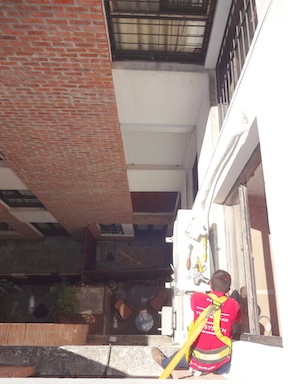 The air conditioning guy hanging out in the light well 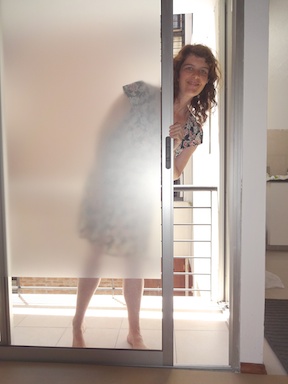 Through a glass, obscurely

And finally, we have always thought that our 4.75 metre ceiling deserved a chandelier, so after a lot of entertaining window-shopping and many changes of plan, we finally had one installed. We think it looks rather nice. 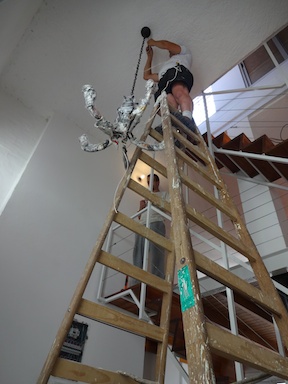 Luckily we found a brave soul with a tall ladder 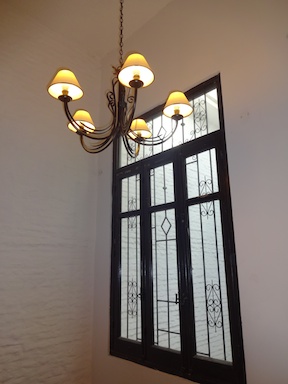 Because every man needs a chandelier