We had been keen to get some first hand experience of Mongolian yurts, because we’ve been toying with the idea of building one on our property in Tasmania. Since we were already in Ulaanbaatar, we headed 50km out onto the steppe to spend a few days at Elstei Ger Lodge. That was our first lesson; in Mongolia, yurts are called gers. 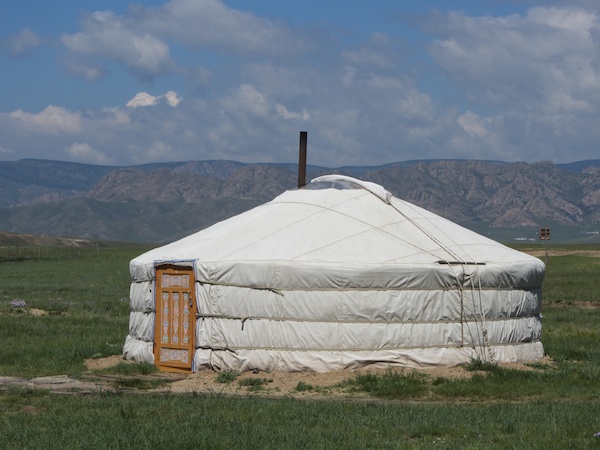 Our home for the next few days consisted of about a dozen yurts spread out across the flat grassy steppe. Each yurt contained three brightly painted wooden beds inset with drawers, a few small pieces of painted wooden furniture, and a central wood-burning stove. 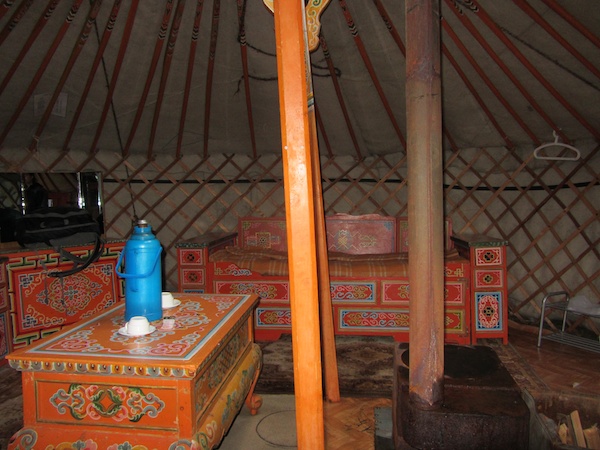 The sun shone and the steppe was beautiful and so very quiet and peaceful. It is very fertile from horse dung, and far from being simply grass, the flora is a vibrant mix of green plants and fungi. Insects abound, particularly a cricket that makes a clicking sound as it flies. One of my favourite pastimes was to walk about a quarter of a mile out of the camp, in any direction, and to simply stand still and absorb the silence. 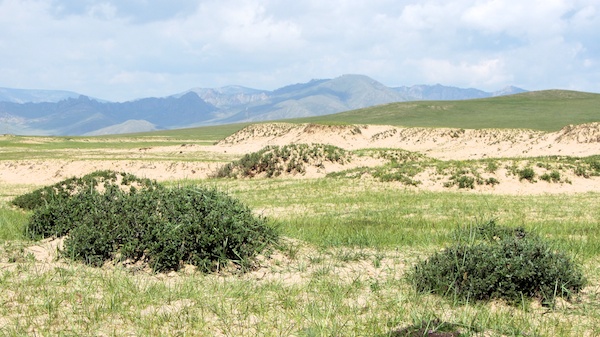 The Mongolian steppe, it seems to go on forever

The Ger Lodge had attracted an interesting and eclectic bunch of travellers, and one night, after the bar closed, the hard core of us carried all the remaining beer and a considerable quantity of vodka back to our yurt for an after-party. I don’t think that anybody really remembers the whole night, but there was some wild dancing to our portable ipod speaker, a certain amount of lying-in-the-grass-and-staring-at-the-stars, and at least one lengthy who-can-think-of-the-best-toast competition. 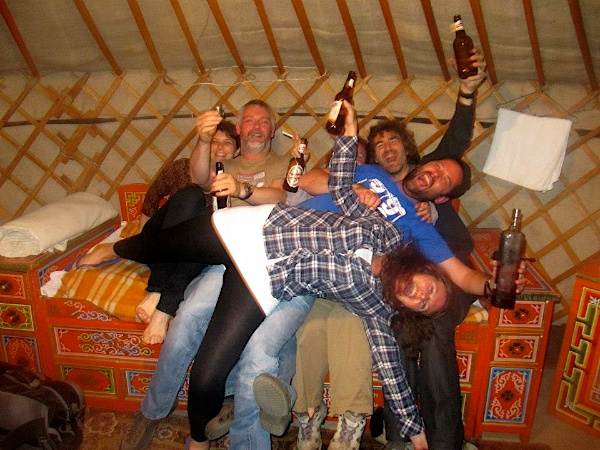 Partying with Gar and Tony, Cheryl and Amy. I’m pretty certain that none of us remember this photo being taken.

We mainly missed breakfast but brushed up OK for lunch, which comprised of mutton accompanied by vegetables from the Lodge’s garden and greenhouse. The meals were cooked and served by enthusiastic local students, and it was impressive the number of ways they found to prepare different and tasty dishes from a limited range of ingredients.

The days were spent in a happy haze of sitting in the sun, playing with balls and bows and arrows, and just wandering off and standing staring into the distance, admiring the views and the horses running free across the landscape. In the evenings, the bar had a selection of traditional Mongolian board games, including the intense “Pentagon” which is played on four rotating boards. 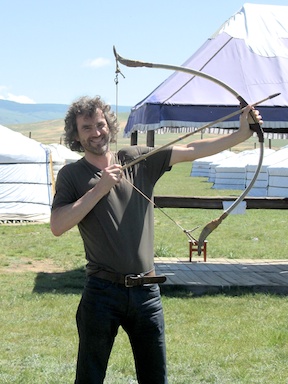 I doubt that Ghengis’ hordes need be concerned 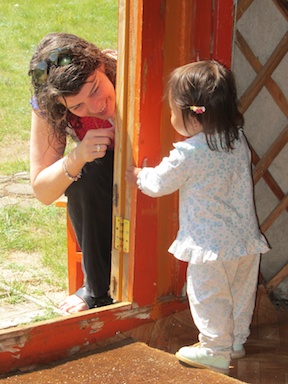 Bronwyn entertains a passing guest in our yurt

One afternoon, Oggi our guide took us riding out to meet some friends of hers who live in a ger out on the plains, with their children and horses. They welcomed us into their home, which was not dissimilar to the yurts that we were staying in, and introduced us to fermented mare’s milk (a bit like scrumpy. Yum!), mare’s curd (not unlike clotted cream), and a curious biscuit made entirely of mare’s cheese that had been dried in the sun (not unlike a parmesan-flavoured cracker). 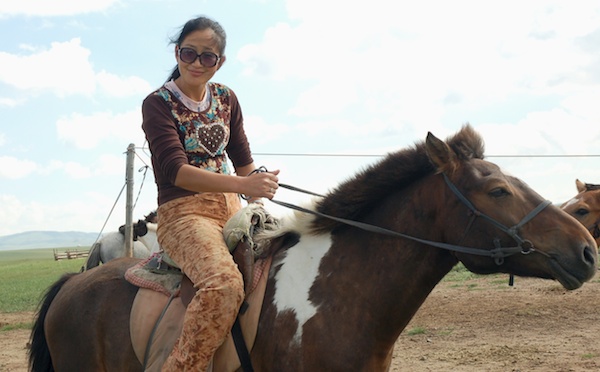 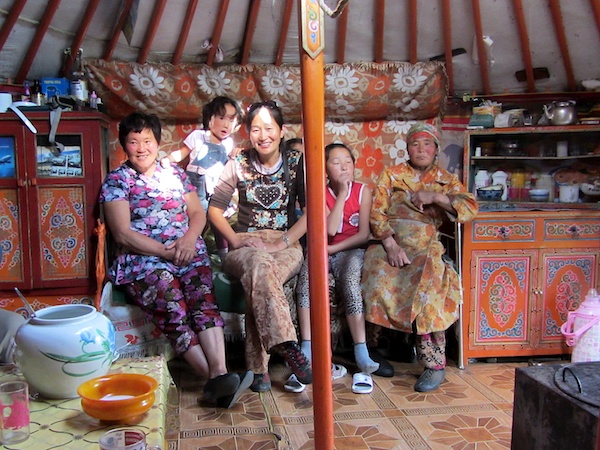 Local family at home in their yurt 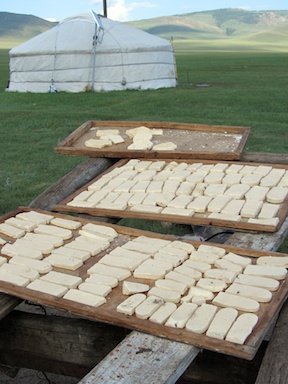 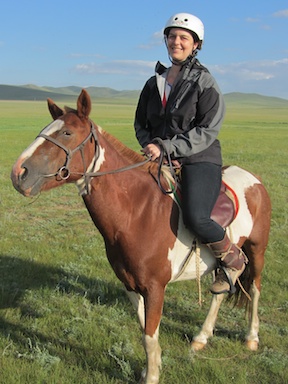 Bronwyn and her Mongolian horse

The Mongolian saddle looks a bit like a Western saddle, and the reins are held one-handed. To move off or accelerate, you say “Choo!”, and to canter you simply stand up in your stirrups. On the way out I had a bit of a stubborn horse which was moodily intent on following the tail directly ahead of it, but on the way back I had nice feisty one which was happy to go exploring, bounding over tussocks and sandy dunes. Out in front, I was able to briefly fancy that my steed and I were riding at the head of a vast Mongol horde, thundering across the steppe. But possibly my horse was just keen on getting home for dinner.