The voyages of our previous boat, Pindimara, were at least partly a test to see if this was a lifestyle that we might want to embrace later in life. Regular readers of this blog will know that we found that it agreed with us rather well, and even though the practicalities of our post-cruise finances meant that we had to temporarily return to the corporate world, we began to plan ahead for our permanent retirement from the rat race.

It took a few years to arrange affairs to our satisfaction, and family matters meant that we were constrained to stay for a while in the UK. However, we finally quit our jobs in the city, and slowly segued into a different pace of life. Bronwyn started a new degree course which should enable her to find outdoor maritime work as we cruise, and I began a local gardening company which brings in just enough cash for us to eat and to pay the marina fees, while getting me fit and out into the sunshine. At the same time, our daughter Berrima was born, and for a while we dropped out of public ken, overwintering on Elizabeth and concentrating on bringing up a child and building the new business. 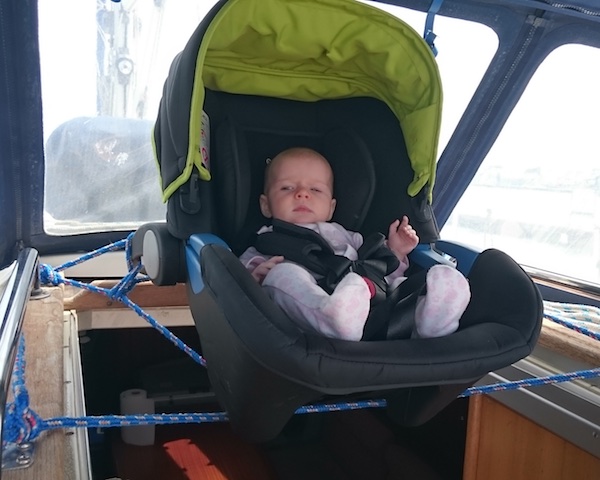 The commodore surveys us from the companionway

Both our daughter and our business are now nearly five months old. One is starting to show intelligent interest in the world, and the other has for the first time turned a profit. I finally took a day off to do nothing but lounge on deck and play with Berrima, and felt the muse take me to update our blog.

We have been understandably busy and haven’t really spent much time working on the boat, but on the other hand we are taking a long view. We can’t set sail for good until Bronwyn finishes her degree, and in any case we want Berrima to be old enough to be comfortable on her sea-legs. This gives us a three-year window to get everything ready, and then the plan is to spend a year or two cruising around the Mediterranean, cross over to the Caribbean, and then finally cross the pond to Australia. 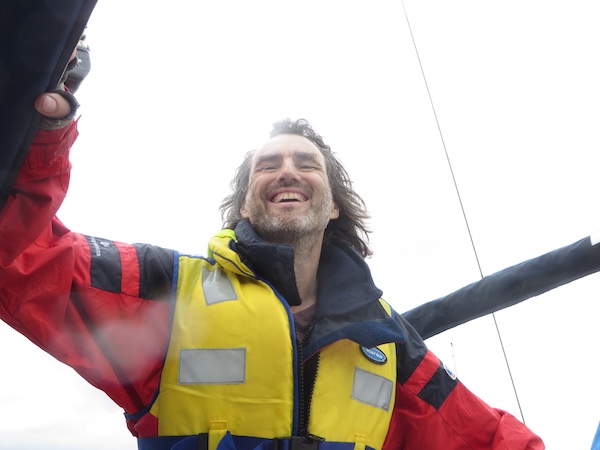 Almost a year after we bought her, this month was the first time that I actually skippered Elizabeth

In the meantime, one of the downsides of living with a pre-toddler is that despite our best intentions, the interior of our yacht resembles an embarrassingly un-seamanlike cross between a caravan and a laundry. On the few occasions that visitors have prompted us to take the time to go for a sail, it took a full morning to prepare the boat for sea (i.e. to shove half the stuff into lockers, and to hide the other half ashore) and even then we were essentially sailing single-handed as Bronwyn needs all her faculties to concentrate on feeding our ever-hungry passenger. This has tested the limits of our adaptability and we have temporarily declared the boat a visitor-free zone until our new crew-member is able to cope a little more independently. 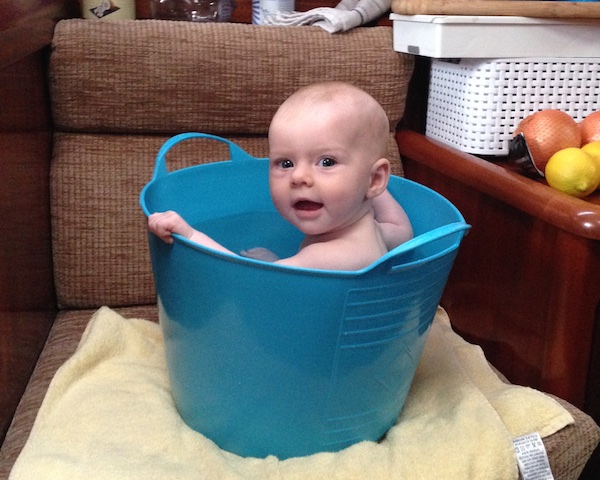