A mid-morning start on a beautiful day. We were embarking on what would turn out to be an eleven hour motorcycle ride from Utrecht in Holland to Angers in France, to meet up with the rest of that loose group of bikers, the Lemmings, for a weekend touring the Loire Valley.

Breakfast in Mons
To break up the journey, we stopped in the Belgian town of Mons for lunch in the picturesque central square, where they were setting up a music festival. The sun was shining and the populace were gearing up for a party, and it was tempting to stay, but we forced ourselves to finish our meal and continue on our way.

French Traffic
By the time we hit Paris it was the rush-hour, and the Periphique was a marvel to behold. Above and beyond the normal scalectrix free-for-all, hundreds of motorbikes were hammering conga-fashion between every lane of cars. Loaded with a full pannier system, we were a little bit wider than average, so I kept pulling over into the main traffic streams to let the slimmer bikes behind me past; about half a dozen at a time, and on on occasion at least six police motorcycles. At one time I snuck in behind an ambulance that was doing its own filter between the lanes, sirens blazing, and I was quite stunned when it pulled over into traffic to let me past…

We finally met up with the others at their Angers hotel at 9pm. There was little time to do anything but drink lots of beer and fall asleep. 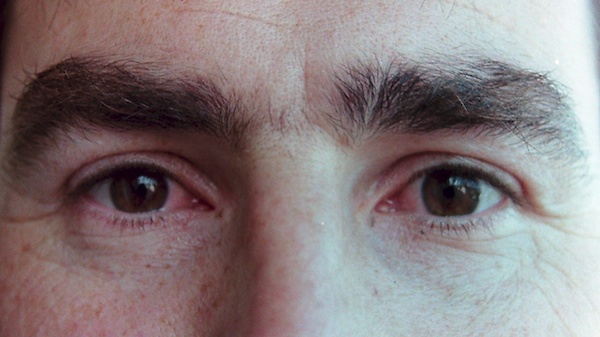 Sneezing in Angers
On the next morning we rode into Angers itself to have a look around the town. It is situated at one end of a mediaeval stone bridge over the Loire, and mostly sits inside a fortress, packed with tiny cobbled streets arranged around a central castle. Those buildings that were not timber-framed were constructed from tufa, a light-coloured stone that is popular with stone-carvers, and which also accounts for the warm honey-colour of the bridges and chateaux in this region. The castle had a functioning drawbridge over the moat with an Audi parked on it, draped with a wedding couple and orbited by a photographer who was trying to fit pictures in between the tourists streaming through the gateway.

A photo opportunity in Angers, between sneezing fits

Looking down from Angers cathedral toward the Loire

I couldn’t even get close to the castle – or more particularly to its gardens – because there was something in the air that day and my nose was streaming. I couldn’t even approach the entrance portcullis without collapsing into paroxysms of sneezing, so we gave it a miss and headed upriver to nearby Saumur.

Mushrooms in Saumur
Saumur is dominated by a chateau that looks down on the town and its bridge, but we were headed for the outskirts and a mushroom museum. This was part of an underground mushroom farm situated in a tufa-rock mine, and was not only fascinating but also blessedly cool. For the benefit of tourists, they were growing mushrooms in the traditional heaps as well as the more modern beds and bags, and the workers delayed picking until the evening so that the maximum number of fruiting bodies were showing during the day.

The whole thing was fascinating, and topped off by a beautifully presented museum that must have contained samples of every mushroom in Europe, each preserved in a perspex block and mounted in a niche hollowed from the tufa wall.

On to Orleans
It was well past lunchtime and we had a hundred miles to go to the next hotel, so we made a start by cruising up the river toward Tours. The road was superb, built on top of a levee with broad sweeping bends that followed the sinuous path of the beautiful green-shrouded Loire, offering views across the rivers many islands and out across the surrounding vineyards. By the time we got to Tours it was well past five, so we hammered down to motorway to our destination just south of Orleans and a well-earned meal. 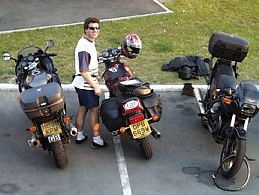 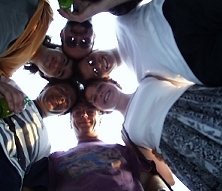 Six heads are better than one

Another sunny day dawned. As well as wine, this region is also famed as the home of the French perfume industry, so our first call was a perfume museum on the outskirts of Orleans. This was set in the Chateau Chamerolles, and arranged sequentially through a series of rooms each decorated in the style of a particular century, with the history of perfume interwoven with the history of France. It was very well done, and terminated in a darkened room containing examples of many kinds of glass perfume bottle, each set upon a tiny black uplighter so that it appeared to hang suspended and glowing from within in the darkness.

In Orleans itself, the centre of town had been cordoned off and laid out as a karting track. Other stalls had been set up in the locality, and I got hoisted up at the end of a crane to look down on the cathedral and the city, before wandering through the old quarter and down to paddle our feet in the river by the inevitable mediaeval bridge. The river was immensely wide here, but still flowed very fiercely indeed.

Orleans from the top of a crane

The old quarter came alive at night, and all the restaurants and bars spilled out onto the pavement. The food came and the alcohol flowed, and then before we knew it, it was morning and we were back on the bike for the eleven hours of riding back to Utrecht.

Luckily the beautiful weather held, and we stopped here and there to eat, drink and rest. Just over the Belgian border we happened to turn off into the town of Dour, which managed to live up perfectly to its name, completely failed to provide us with any food, and whose main attraction, as far as we could see, was the immense queue of people waiting for the bus out of town. However, we knew that Mons was nearby, so we decided to try our luck there again.

Back to Mons
The music festival appeared to be over, but the townspeople of Mons were having yet another party, this one related to dragons. The main square was packed with impromptu bars where they sold wicked-looking Belgian beer in huge flagons, and we ended up back at the same restaurant, as it was the only place that hadn’t foregone food preparation in preference to the sale of rivers of alcohol.

Still, we were looking forward to sitting in the square watching the world bustle by, chased by friendly street-sellers with fistfuls of hats, balloons and dragons. Everyone was having a great time, but we had some more mileage to cover, so regretfully we passed up on the local beer, bought a passing dragon-on-a-stick and pointed the bike toward Holland and home.