One of the best things that I did when purchasing our first yacht, Pindimara, was to accompany the surveyor on his inspection. Over the course of a morning I had learned far more from him than he later put in his report, and was still benefiting from his advice years later.

In our search for a surveyor for Elizabeth, then, we used three simple criteria: The surveyor had to have good qualifications, respond quickly to email, and welcome the buyer’s involvement in the survey. We chose Ian Anderson and booked a day off work. 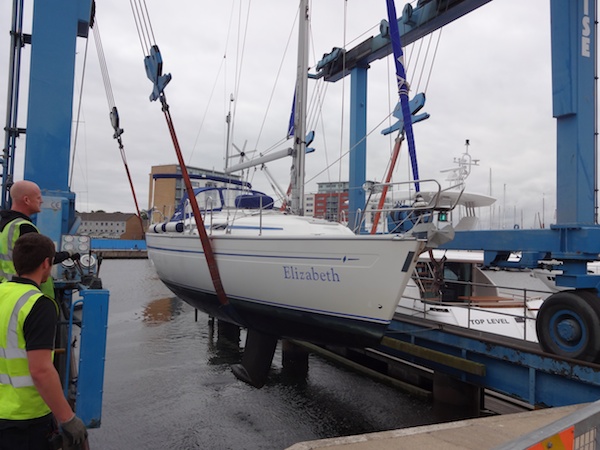 Out she comes! Always a nervous moment.

Ian was really, really thorough, and together we spent almost a day going over the vessel with a fine tooth-comb. We could find absolutely nothing amiss. 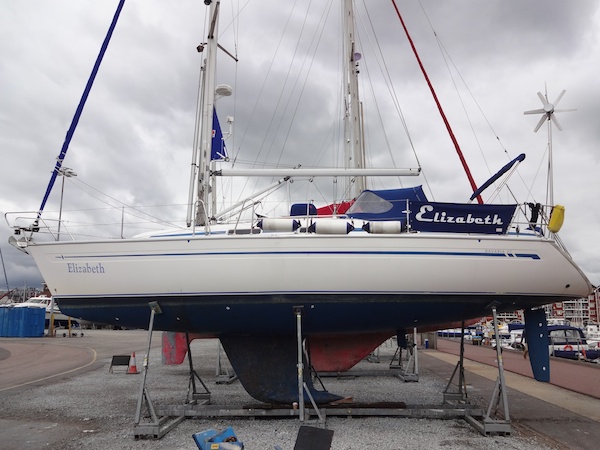 Ian flew off to Nigeria to survey a warship, and Bronwyn and I agreed to pay Derrick the full asking price, as long as he had her antifouled (after all, she was already out of the water for the survey) and would sail her back to Southampton for us. He readily agreed, and also offered to take us sailing so that we could get used to her before delivery.

We had a great sail with the Derrick and Audrey on Elizabeth. We all got along very well and had a lot of laughs, and the trip highlighted a number of design improvements that Bavaria have implemented since building Pindimara. Elizabeth has an updated rig with in-mast furling, which make single-handed sailing much easier. Purists argue that a furling main sacrifices performance, but it quickly became clear that Elizabeth was much, much faster than Pindimara, and that the battenless rig was much simpler to reef single-handed. The electronics were also better integrated, particularly the autopilot which worked effortlessly. 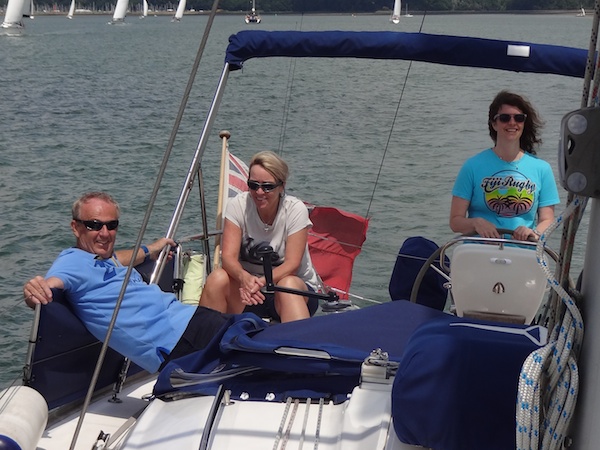 A couple of weeks later, we all met up again in Southampton. Derrick shed a quiet tear as he gently patted Elizabeth goodbye, and The Next Boat became our new home.