Having recently purchased a pair of Brompton folding bicycles, we thought that we’d take them to Bordeaux, so we fairly randomly booked in to a guesthouse, 123 Chemin du Bord de l’Eau in Macau, just down the road from St Emilion and Margaux. The owners were away when we arrived, although their gardener let us in and made us comfortable, so we set off in the evening to find something to eat. It is the off season, so every business in Macau is closed, apart from the pizza shop.

Stephan the pastry chef had a good laugh when we told him about my wheat allergy, because he only cooks pizza and bread. However, he worked out a neat compromise by baking a pizza with a cream sauce instead of tomato. That way I could pick off the correctly cooked toppings without getting them contaminated with the bread crust. Brilliant! And naturally, we washed it down with a nice bottle of Bordeaux. 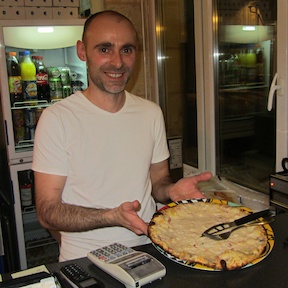 Stephan and his solution to gluten-free pizza, after I’d finished eating it.

The next morning we cycled out to nearby Margaux in search of an open vineyard. 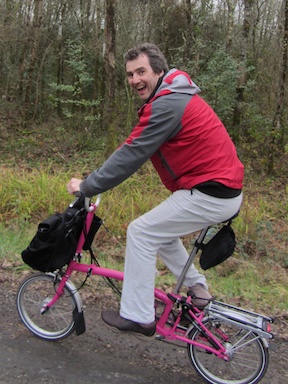 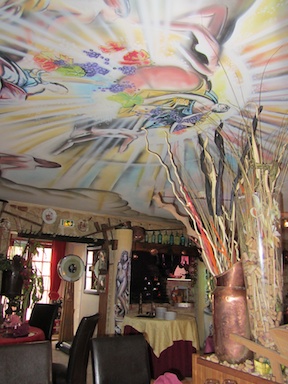 An illuminated cafe ceiling in Margaux

Most vineyards were closed for the off season, but we did come across Chateau Dauzac, where the wonderfully welcoming staff were dumbfounded to see tourists so far out of season, but gave us a great tour and wine tasting. 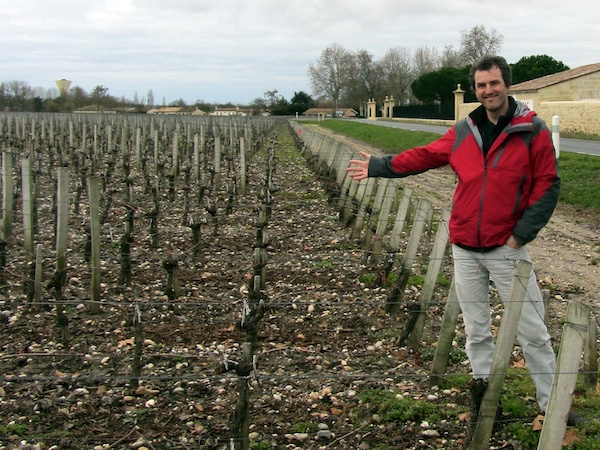 On our return, the owner was back, the incomparable Serge: Ex-restaurateur, ex-wine maker, now hotelier, chef and artist. We all got on well and Serge announced that he would cook dinner for us, producing awesome quantities of foie gras both au naturel and lightly fried in duck fat, also figs grilled with goat’s cheese, and endless superb rich dishes washed down with lashings of wine. He even invited us to share a bottle of his very own St Emilion wine, which is no longer in production but quite lovely. We had not initially intended to stay another night, but changed our minds and agreed to return after visiting St Emilion.

The town of St Emilion is beautiful. We did bring our bicycles with us, but after one look at the steep cobbled streets, we decided to explore on foot. Previously a fortified town, St Emilion stands on a rocky outcrop overlooking its vineyards. I would imagine that it is probably crammed with tourists in the summer, but on this January weekend it is empty. 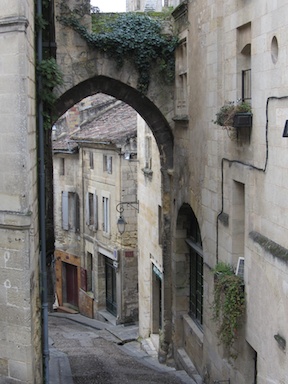 Nobody here but us chickens 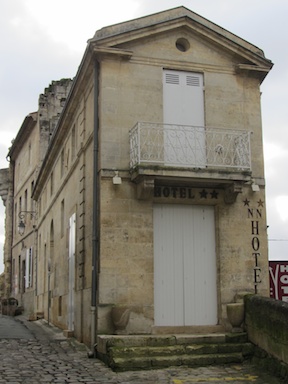 The fifth century church is a marvel, with its domed ceilings and extensive gothic extensions. 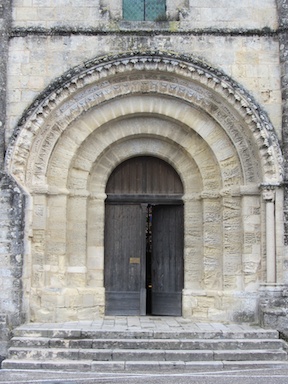 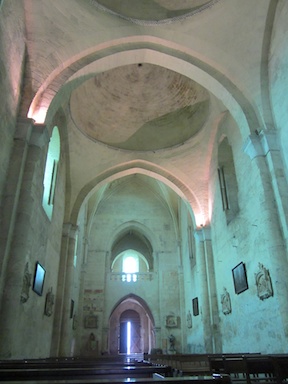 The domed ceiling of the interior

From a local shop, Bronwyn obtained the key to the clock tower (Closter), to give us unrivalled views of the town. 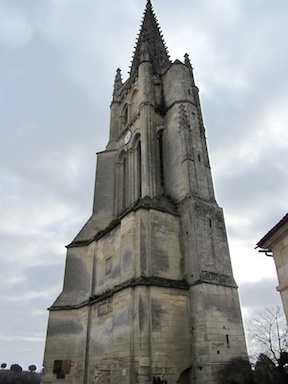 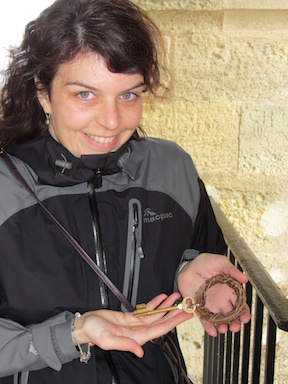 Bronwyn has the key 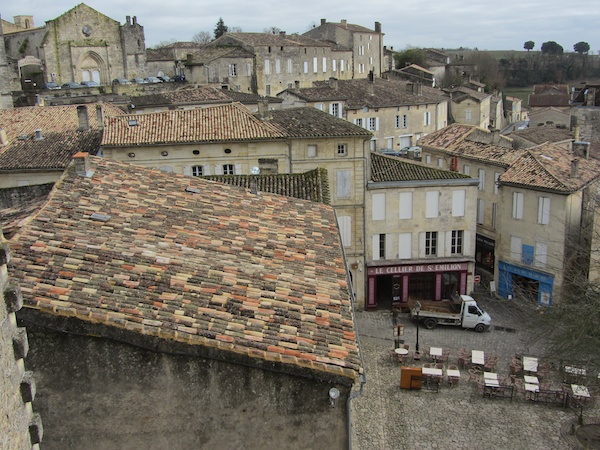 St Emilion from the clock tower 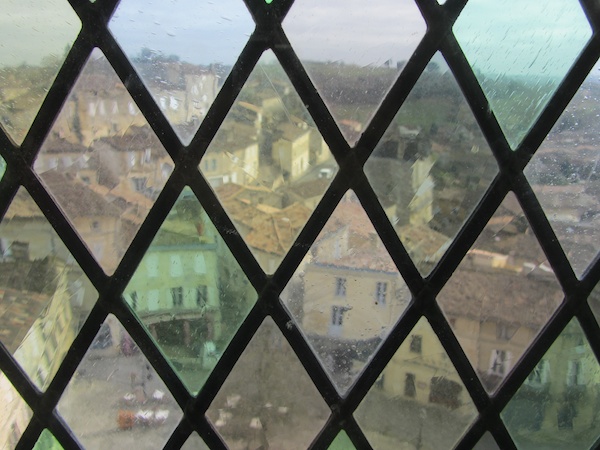 Before leaving St Emilion, Serge had arranged for us to visit another vineyard, Chateau Figeac, where we and some visiting Italians were given a good-humoured tour by an impressively multilingual guide. 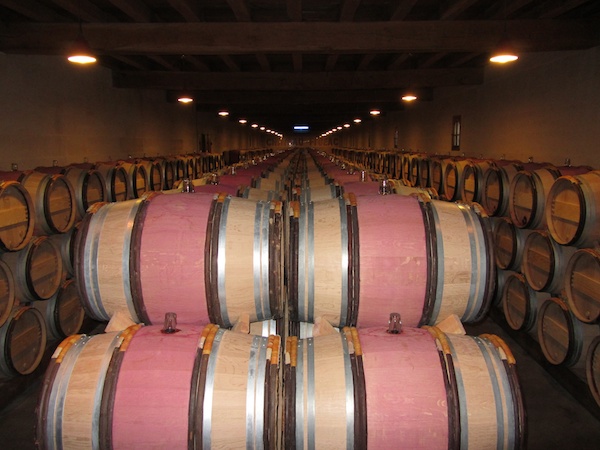 More barrels than you can shake a stick at, at Chateau Figeac

Back at the house, Serge excelled himself, and co-opting Bronwyn as a willing sous-chef, produced a marvellous tuna savichi, followed by langoustines and a stupendous magret du canard. To top it all off, Serge produced his own creation Framboise Tchekhov, a marvellous dish of strawberries in a caramelised sauce. 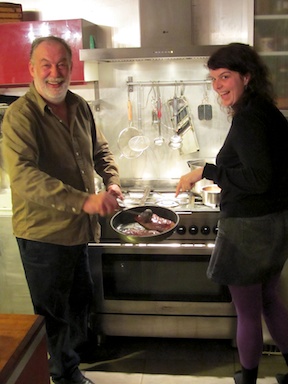 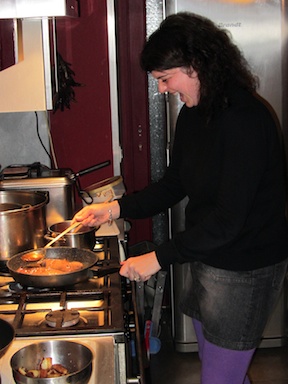 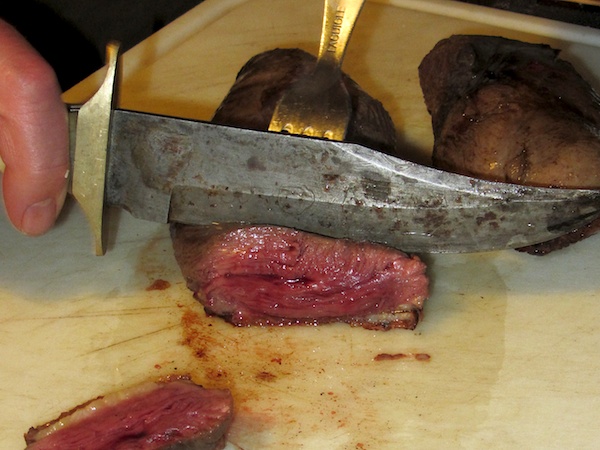 On the next morning, resisting the temptation to stay for the rest of the year, we packed up the bikes, and – promising to return – headed for the Pyrenees.